On the Game Connection America 2016 Development Awards Fold the World is nominated for:
– Best Mobile / Tablets
– Most Creative & Original 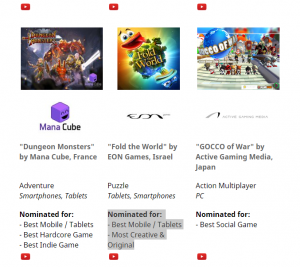 Also Fold the World was nominated in “Best innovative game”. 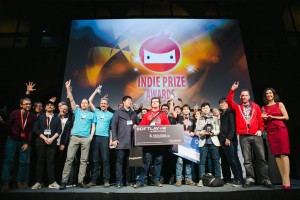 Fold the World won in two nominations on DevGamm Minsk 2015:

It took us almost 2 years of hard work to make Fold the World. All levels and worlds first were made of paper.

The most difficult in the development process was the creation of levels. The development of level editor for such game was extremely challenging, in that case each puzzle was done manually. First, game designer cut it out of the paper, then artists modeled and tuned level, and only after that level was built by programmers in the game. 3 days of work of entire team to make 1 level.

Also we many times remade the collecting puzzles and story pieces. First we were trying to let player fold the story himself (thats why you see pictures of story on the background of all levels), but it was very hard for players to understand, so we changed it.

See the video, how it was made!

Fold the world of Paper Kingdom to discover the incredible tale of the triangle curse.

Guide Yolo through beautifully crafted puzzles, uncover hidden paths and outsmart the evil Lord of Darkness. Fold the World is a stunning exploration of Paper Kingdom, a puzzling storybook world, where exciting plot twists await you behind every fold.